Tradition and learning come together.

Information about the English School – Oxford

The Language Center of Oxford is located in the city center, right next to Oxford University. It offers a bright and stimulating learning environment, ideal for the most demanding and motivated students.  Taking a course in English at Oxford provides students with a truly international learning and experience. In fact, the school is attended by adults from every corner of the world. The mix of nationalities gives a very special “ethnic twist” to the Language Center’s environment. The school has 15 modern classrooms, a library and an area for conversation and individual self-study. Besides having a computer room, there is free internet access via WiFi or cable throughout the school. 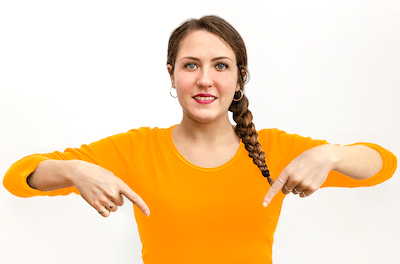 *Full-immersion guarantees the best price online for this year... and the next one! Get in touch for more details!.

Every English course in Oxford includes: 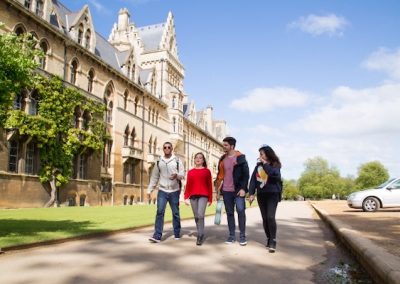 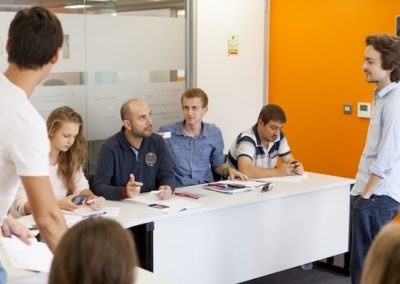 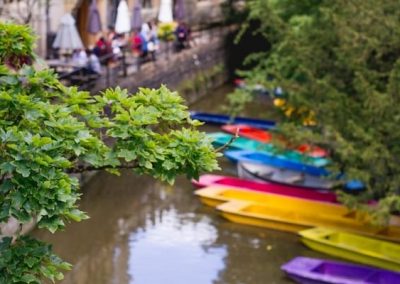 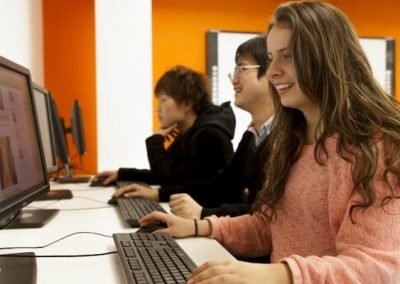 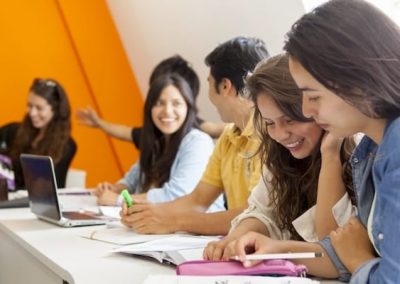 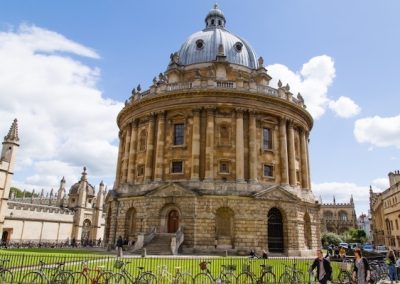 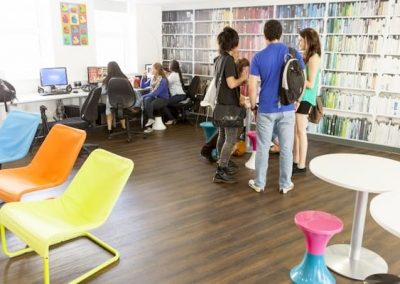 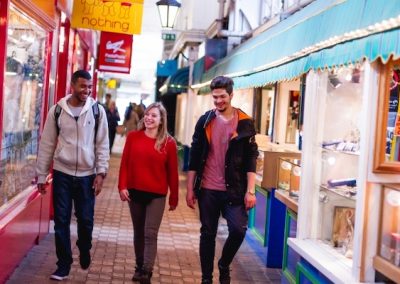 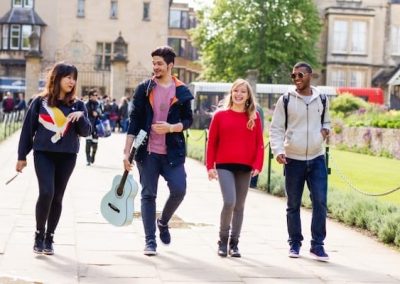 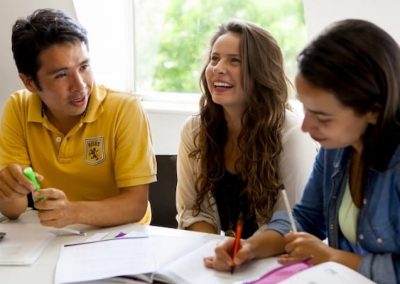 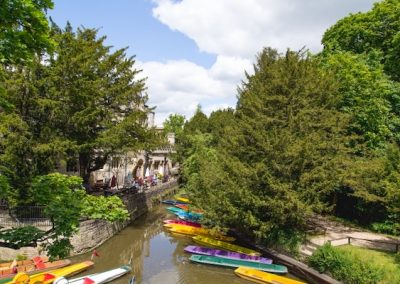 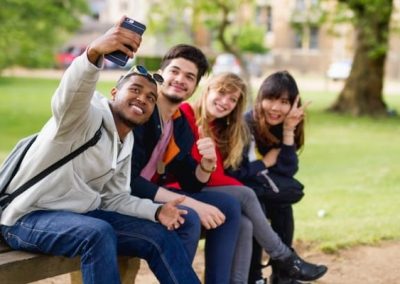 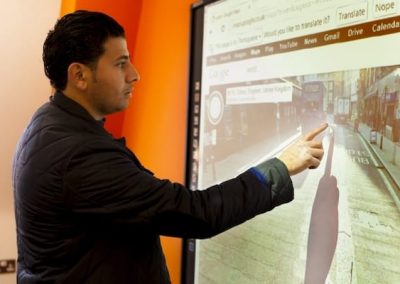 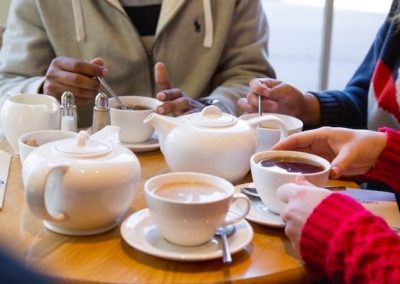 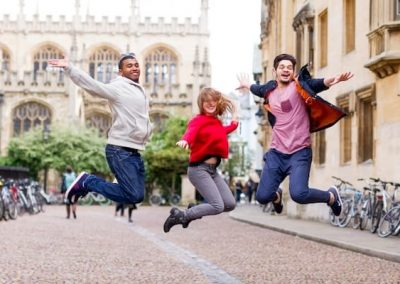 General or Intensive English Course in Oxford for Adults

20 or 30 lessons per week - All levels - Flexible duration

[+] This English course teaches students practical English through thematic, interactive and engaging lessons. The program covers all four communication skills: reading, writing, oral expression and comprehension. Included in the course price is also a variety of useful and fun extra-curricular activities and workshops, an ideal way to socialize with classmates and practice your English in Oxford and other nearby destinations! >> Read more

English for Work in Oxford for Adults

[+] A well-balanced combination of simulations, tutorials, and thematic lessons are used in this English course in Oxford. Students learn in a practical and engaging way the language to negotiate a contract, manage human resources, and present business scenarios… you’ll learn how to deal with international work environments, give advice and warnings, and solve problems. This course is devoted exclusively to motivated adult students. >> Read more

English in the City in Oxford

[+] This practical English Course is well-structured and grants you the opportunity to explore the language whilst discovering what the city has to offer. This formal approach, combined with the informal, provides a basis on which to begin practicing English in everyday life. You will be starting conversations in no time! The English ‘In the City’ Course delivers a stimulating environment for students. >> Read more

20 or 30 lessons per week - from Intermediate - flexible duration

[+] The goal of the IELTS Preparation Course is to provide you with the techniques necessary to achieve the best possible result. Teachers will guide and support you throughout and the course also utilises exam past papers so that you are prepared for what appears on the test. The IELTS Preparation Course offers the opportunity to learn in a structured and precise manner, giving you a better understanding of texts, context, generic meaning and vocabulary! >> Read more

One to One Lessons in Oxford

[+] To make the most of your studying in Oxford you can integrate some individual English lessons with your group course. Thanks to individually tailored lessons, you will have a double advantage: you can interact with other students in the morning classes, then focus on your individual improvement in the afternoon. Having a tutor at your disposal is very useful. You can focus on your weaknesses (comprehension, speaking, writing, reading, etc.) or develop target vocabulary. >> Read more

If you don’t know where to stay while taking your English course in Oxford, you can choose one of these accommodations proposed by the school
courses
residences
prices

[+] Finished to superb standards, each studio is complete with a deluxe en-suite shower room and a modern, fully-equipped kitchen. Well located in the heart of Oxford, Alice House is close to the city’s cultural and historical centre. >> Read more

[+] Thames Wharf North rooms are a perfect option for students who prefer to have their own space. The rooms are furnished, including en-suite showers, desk, chair and wardrobes with ample storage. The rooms have access to a communal balcony with stunning views of the canal below. >> Read more

[+] This is the ideal solution for international students who wish to share and reside with other students from around the globe. This is a mixed residence, with students of similar ages. The residence is located within 30 minutes to the School and city centre by bus. You will have your own single room ... >> Read more

[+] Staying with a host family offers you a unique and unforgettable experience – a cultural exchange which will leave you with lasting memories. You’ll be staying at the home of a local family, where you’ll have your own room (single or twin on request) in a sociable and hospitable environment. T ... >> Read more

Why Oxford? Some facts

Here is some more information on English courses in Oxford

Why take an English course in Oxford?

Home to the world’s oldest University, and part of Hogwarts, Oxford is a place that allows you to soak up a little bit of magic. The city of dreaming spires has buildings from every English architectural period – from the 11th to the 18th century. It is a city where the old meets the new and the ancient intertwines with the modern. You’re able to capture visions of the past, live the present and create your future here whilst studying an English course here. Take a tour of the Bodleian Library (opened in 1602!),get lost in the Ashmolean Museum for hours, along with Pitt Rivers, which has one of the best anthropological and archeological collections on earth! Take a stroll through Port Meadow, walk by the river or take a picnic to the canal.

Once you’re done with walking, stop by one of the many pubs, where some have been serving beer since 1242 – so they certainly know how to do it well! You may pass through Jericho, which is packed with eccentric places like Freud Cafe and The Old Bookbinders. Come sunshine or snow, this city caters for all. Outdoor theatre events are on during the summer months, and in the winter, well, there’s no place better than to witness the Botanic Gardens right after a snowfall!

With a never-ending list of places to see and things to do, it is perfect for students who want to experience a quintessentially British town among students from all corners of the world! You won’t regret studying English here… but you’ll regret having to leave!

Does this English course in Oxford meet what someone of your age and nationality needs? Check it out by comparing the facts.

An overview of lesson times, starting from the first day

The first day begins with reception, registration and a short language test. The test is nothing to worry about – it’s specifically designed to put you in a class with other students of a similar level to yours. The test will be followed by a session / welcome speech, the handing out of the teaching calendar and other activities, and possibly lessons. Here is an example:

The first day you’ll get a nice welcome package, including a manual with information about Oxford, the schedule of classes, some detailed information about your English course in Oxford for adults, suggestions for free time activities, a list of extra learning activities, the school regulations and some important contact information including the emergency telephone number of the school (which you can contact 24 hours a day during your entire stay).

On the first day of your course  you are invited to a welcome event in the centre cafe or at another venue. This is an excellent opportunity for you to meet other students on your English course and from the school.

By the second day, you will begin to follow the regular academic calendar. During the week, two different teachers will alternate, so you will be exposed different types of pronunciation. The first Wednesday of your course you will receive the textbook, and then as time goes by, you’ll receive the other supplementary educational materials. Note that during the high season, the school adopts a calendar called “Double Banking” when the lessons are held both in the morning and afternoon, but on alternate days. This simple system gives you the chance to enjoy your free time at different times of the day; for example, you’ll have Wednesday mornings free and Thursday afternoons free. The calendar in the high season is as follows:

Useful tips for your stay in Oxford

Some suggestions from those who live in Oxford

Studying English in the UK

Identity documents, medical care, and more. Before you start your course, make sure to read the information on the page: requirements.

Cost of living in Oxford

You should definitely try searching Google maps, which offers a number of useful tools that allow you to find the best public transport solutions. It is quite a busy town, and having a car is not all that convenient, or efficient. It has an outstanding public transport system with a selection of tickets depending on what you are making use of. You can click on the link below which will take you a site that can plan your entire trip!

There are 3 separate bus companies in Oxford, so depending on your location, you would need to select the best choice for you. All three companies have started to integrate their services by way of the ‘SmartZone’. Real time information is also available for most services, and in addition tot his information which is found at most bus stops, it is also available online here.

When is the best time to book your flight abroad?

Flight prices are at their lowest roughly 10 days before the departure date, and statistically, the best days to book are Wednesdays and Thursdays. Each time you visit a site, you leave ‘traces’ of the preferences you have selected, via ‘cookies’. Tip: Disable your cookies when looking for your flights!

What sites can I use to search for my flights?

There are hundreds of sites dedicated to flights, and we would recommend Skyscanner, which allows you to compare the different prices offered by various airlines. You can book directly through an airline’s site, and remember to disable your ‘cookies’!

We really, really love people who share our hard work, so... please be nice and share full-immersion.com with your friends! You never know who can find an English language course useful!